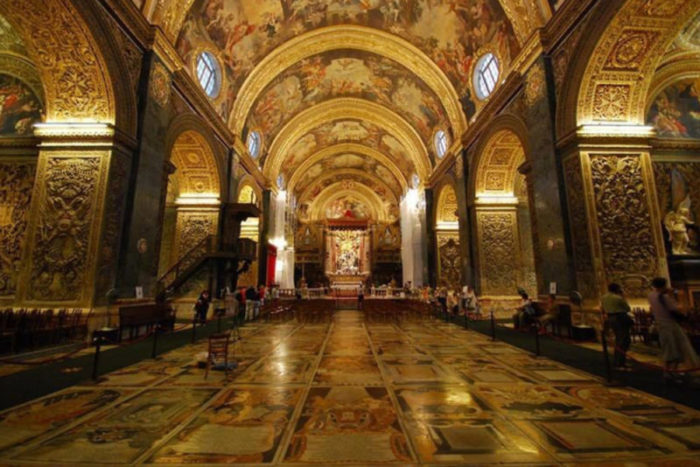 Alleanza favours the support of our unique Maltese identity, which is the make up of centuries of history and was instrumental in the creation of our nation state. It believes that our identity can still contribute positively to world politics. It is an identity built on the different cultures, societies and religions. Our identity was also historically founded on Christian values and teachings. The Maltese have successfully brought these contrasting elements together for the good of the nation and the Mediterranean region.  Alleanza wants to uphold these uphold our culture, believes and identity without denying the rights to those who do not feel part of this Christian commonwealth. Alleanza is more than ready to defend those of a different culture and identity but Alleanza demands that they are also accept and respect the Christian and our other values and the rights pertaining to these values, which are even enshrined in our constitution.

Alleanza believes that religions, in particular Christianity, are a source of wellbeing to the country and the nation. This is why there is a necessity for Malta to defend and uphold its moral values, as they will bring improvement for the general good.

Art today, is more than ever, state controlled with the result that our artistic expression has become sterile. There is a need for the rejuvenation of this art. Today, the right of freedom of expression in Malta can only be exercised to legally vilify religion but then the same type of vilification that is used to destroy religious values cannot be used against politicians themselves, irrespective where the politician is honest or corrupt.

In effect, we are being told that we are living in a free state, as religion is no longer control our lives, when in reality, we are living in a state with less and less of freedom of expression. The only freedom that we are allowed is sexual freedom, but then, everything is under controlled and monitored and one needs a permit and permission for every act that one makes.

Alleanza is working to reverse all this.  Alleanza believes that both Government and the private sector should invest solidly in culture and improves its status in Malta.

For instance, true art today has left their traditional homes, being those of the church, state or big enterprises. Public graffiti is showing that the real artistic expressions are now found equally in the periphery and some of this also needs to be given acknowledgement and space to thrive. These street artists and other avant garde artists need to be brought back to the centre. Alleanza supports that our state gives subsidies, even directly to culture activities. It also supports the introduction of specific direct taxes whose money goes to art and culture and more over, wishes to see in Malta, the commitment that a percentage of our national budget goes directly to the arts.

The present culture that Malta is upholding today is the culture of death. From Euthanasia to abortion, life appears to mean nothing today. Both conception and death are now the subject of control by the state.

Alleanza belongs to the culture of life. We celebrate life and good living from conception to death. We are against the form of state control and we are fighting it. We see the desire of people to have more control over their own lives yet we see instead that their lives are being taken over by the state.

Unfortunately, Europe today is governed by liberal economic policies and these are then pushed forward into the cultural sector – thus making these liberal policies Appeals Theaterring. This agenda is directly imposing on our own thoughts, even if they can be understood as being exterior to our own culture and identity. It is in effect a subtle new form of colonialism.

Alleanza considers this as a new form of liberal colonialism that certain groups in Europe, supported by the liberal American Democrats want to have imposed on us even against our very own human rights. And this, Alleanza will never accept

Alleanza therefore commits itself to stop and reverse this cultural attack on our identity, an attack that it is coming from abroad, and is particularly vicious on religious believes and our beliefs on the structure of the family, both an important pillars of our society.