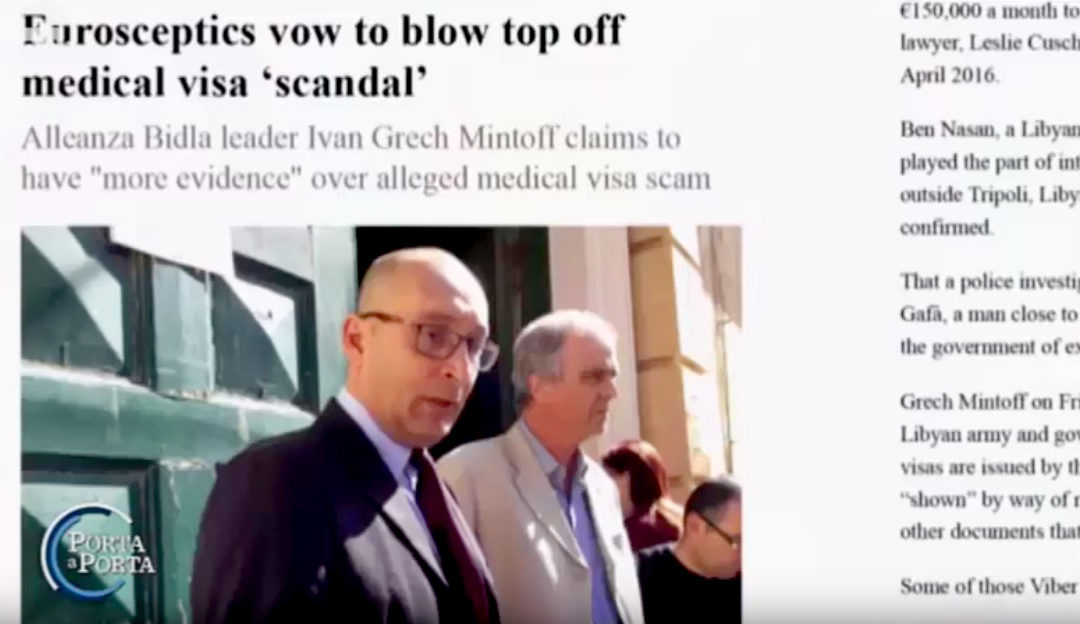 Alleanza Bidla has decided to make public these notes and short video. These notes contain a summary of the assertions, evidence and testimony relating to the allegations that there have been illicit sales of Schengen Visas at the Maltese Consulate in Tripoli and in the issuance of Humanitarian Medical Visas by persons in the Office of the Maltese Prime Minister. If the allegations are correct, then corrupt officials have issued up to 88,000 Schengen Visas and an unknown number of Medical Visas, permitting an inflow in to the European Union of persons that could be potential security threats and/or illegal migrants. Furthermore, there are indications that persons that should have been entitled to Medical Visas free of charge might have been forced to pay for them or, in some cases not been able to access healthcare that under government agreements were guaranteed. The scheme, if the assertions prove to be correct, has netted the persons involved millions of euros.

Recording of various witnesses with script:

Yesterday (18.06.2018), Porta a Porta, Italy’s most important political programme on RAI 1 picked up on Alleanza Bidla’s press release regarding the evidence that Ivan Grech Mintoff presented to the Maltese courts. Amongst other things, Pierfrancesco De Robertis is quoted as saying “… the ultimate question is at the end of the day, what is Malta doing in the European Union? “